Awards season for Children’s Literature is fast approaching.  Today, as I read The Book Itch:  Freedom, Truth & Harlem’s Greatest Bookstore I thought, why should we exclude ourselves to Mock Newberys and Mock Caldecotts.  Why not a Mock Coretta Scott King?  With twelve days left before winners are announced, it’s too late for me to coordinate a formal Mock Coretta Scott King; but  I promise the books below would be on my list.

This award   “given annually to outstanding African American authors and illustrators of books for children and young adults that demonstrate an appreciation of African American culture and universal human values.  The award commemorates the life and work of Dr. Martin Luther King, Jr., and honors his wife, Mrs. Coretta Scott King, for her courage and determination to continue the work for peace and world brotherhood.”  (ALA website)

There’s an author award, an illustrator award and a new talent award.  I’ll let the committee hash out which book should go where.  I’m hoping to see all of these books on one of the lists.  In most of the books, we learned about amazing people we didn’t know about.  The fictional account of Harriet Tubman and Susan B. Anthony sitting down in 1904 with a cup of tea kept us up way past bedtime. 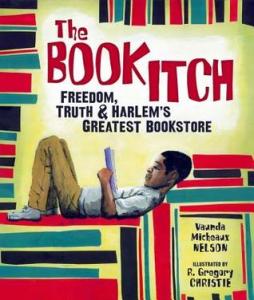 Chasing Freedom:  The Life Journeys of  Harriet Tubman and Susan B. Anthony, Inspired by Historical Facts by Nikki Grimes and illustrated by Michele Wood

Voice of Freedom:  Fannie Lou Hammer:  The Spirit of the Civil Rights Movement by Carole Boston Weatherford and illustrated by Ekua Holmes