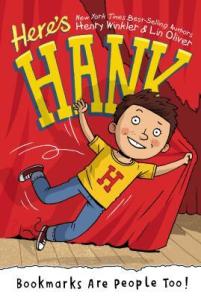 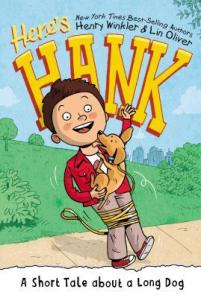 Yesterday in Raleigh, the ice and snow came earlier, faster and more furiously than forecasted.  Thankfully, schools were cancelled so it didn’t turn into an Atlanta.  We had one of those a few years ago.  I work Wednesday nights so I arrived at 12:15.  A single snowflake grazed my cheek as I entered the library.  Upon arrival, my coworker showed me the radar and how fast the storm was moving.  She encouraged me to get back on the road.  My twenty minute commute turned into a one and a half hour commute.  No complaints here.  It helped knowing ML was safe and sound at her Dad’s house.

I feel fortunate.  My only challenge; getting my seventeen-year-old Honda up the last little hill before home.   Two college girls knocked on my window, offered to push me up the hill and told me to gun it.  Friends and coworkers commutes were more treacherous.  One friend was involved in a four car accident.  Thankfully, no one was hurt.

So what does this have to do with “almost meeting Henry Winkler?”  ML and I had a date tonight with him.  Along with probably five hundred others.  We finished his first Here’s Hank book Tuesday night in anticipation of his Thursday night book signing at Quail Ridge Books.  Winter Storm Pax got in the way. (When did we start naming snow storms?)

Not too slight Lin Oliver.  We looked forward to  meeting her too.  It’s just she wasn’t my first crush.  They are a dynamic team.  Watch this video to learn how they write together.  Lin sits at the computer because she types.  Henry Winkler doesn’t.  The illustrator Scott Garrett deserves a shout out too.  ML loved every one of his illustrations.  He has a funny post about thinking when Henry Winkler calls him out of the blue to talk about the illustrations, it’s a prank.

Had we met them, ML would have shared her favorite scenes in the book, Bookmarks Are People Too!  There were many.  She’s eager for us to start the second in this series, A Short Tale About a Long Dog.  I would have asked for more information about the font chosen for the book.  It’s called dyslexie and was created by Christian Boer, a Dutch graphic designer.  Straight from the front page of Here’s Hank, Bookmarks are People Too! –

“Dyslexie has characteristics that make it easier for people with dyslexia to distinguish (and not jumble, invert, or flip) individual letters, such as: heavier bottoms (b,d), larger than normal openings (c, e) and longer ascenders and descenders (f, h, p).”

Check out the webpage about the dyslexie font.  I hope we see this font selected for more children’s books.  It would be a shame for publishers to not take advantage of a font that helps children read easier.  Thank you Henry Winkler for introducing this font to me and others.  If reading were a challenge for ML, I would purchase this font and type short stories for us to read together everyday.