ML’s teacher asked me to recommend books for her first graders who are flying through Magic Tree House, Flat Stanley, etc.   She was particularly interested in ideas for boys.

Books for first graders at a challenging reading level, but not too mature, take a bit of thought.  Luckily, my coworker does a 2nd-3rd grade book club so I had an expert source.

The Mouse and the Motorcycle by Beverly Cleary – A reckless young mouse named Ralph makes friends with a boy in room 215 of the Mountain View Inn and discovers the joys of motorcycling.

The Wild Robot by Peter Brown – Roz the robot discovers she is alone on a remote, wild island with no memory of where she is from or why she is there, and her only hope of survival is to try to learn about her new environment from the island’s hostile inhabitants. 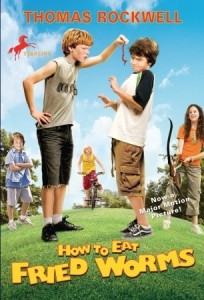 How to Eat Fried Worms by Thomas Rockwell – Because of a bet, Billy is in the uncomfortable position of having to eat fifteen worms in fifteen days. A hilarious story that will revolt and delight. 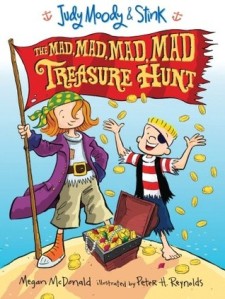 The Mad, Mad, Mad, Mad Treasure Hunt by Megan McDonald and illustrated by Peter A Reynolds – During a weekend trip to Ocracoke Island, siblings Judy and Stink Moody take part in a pirate treasure-hunting game, in which various clues lead them to silver coins, or “pieces of eight,” hidden across the island.

The Water Horse by Dick King-Smith – In 1930, on the coast of Scotland, eight-year-old Kirstie finds a large egg which hatches into an unusual sea creature, and as he grows her family must decide what to do with him. 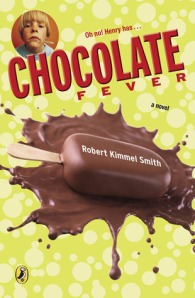 Chocolate Fever by Robert Kimmel Smith– Henry breaks out in brown bumps as a result of eating too much chocolate. He then gets caught up in a hijacking and learns a valuable lesson about self-indulgence.

The World According to Humphrey by Betty G. Birney – Humphrey, pet hamster at Longfellow School, learns that he has an important role to play in helping his classmates and teacher.

Clementine by Sara Pennypacker – While sorting through difficulties in her friendship with her neighbor Margaret, eight-year-old Clementine gains several unique hairstyles while also helping her father in his efforts to banish pigeons from the front of their apartment building. 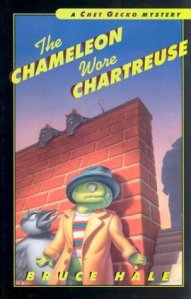 Chet Gecko – Private Eye by Bruce Hale – When hired by a fellow fourth-grader to find her missing brother, Chet Gecko uncovers a plot involving a Gila monster’s revenge upon the school football team.

Fantastic Mr. Fox by Roald Dahl – Three farmers, each one meaner than the other, try all-out warfare to get rid of the fox and his family.